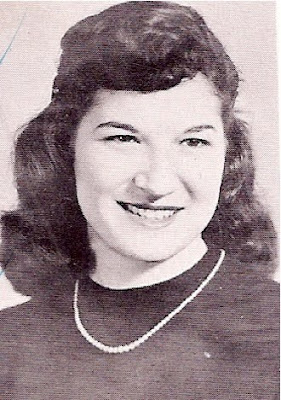 Julie L. (Rossi) Ryan went to her final rest into the loving arms of her Lord and Savior, Jesus the Christ on this the 24th day of February. Her parents Carmine and Pasquale Rossi, brother Mario Rossi, and sisters Judy Mauro, Teresa Peris and Bertha Williams predeceased her.

Julie was born in Endicott February 22, 1934 and graduated from Vestal High School in 1952. She enlisted in the US Air Force during the Korean Conflict and qualified as an airborne navigation repairman at Keesler AFB, Mississippi. She then transferred to Chanute AFB, Illinois where she maintained and repaired airborne navigation systems on TB-25 bombers. In December 1954 Julie married fellow Air Force member Ed. Their son Philip was born a year later in the base hospital. The trio traveled together until 1974 when Phil enlisted in the US Navy and Ed retired from the Air Force. During the early 1970’s she was licensed in cosmetology at the operator, manager, and owner levels in three different States. However, teaching motivated her most and she worked with Walter Starr for several years at his academies in Washington DC, Maryland and Virginia. During the 1980s and 1990s Julie was a leader in the Women’s Cursillo Movement in Kansas City, Kansas and Jackson, Mississippi.

The Red Cross notification arrived 0315 Bagdad time on Thursday the 18th, my company commander was waking me up by 0330. While I called home and tried to figure out what to do next, S1 was working on the emergency leave packet and the Company was adding a leg to the morning mission to get me to Tallil. By 0930 we were airborne with paperwork in hand. At the Tallil pax terminal, our sister company First Sergeant and one of our admin guys met me with some updated paperwork to make sure I would be able to catch the next Air Force C-130 to Kuwait. An hour later, I did. In Kuwait my travel arrangements were made and I was bussed to Kuwait International Airport for a KLM flight to Amsterdam, connecting to a Delta flight to Detroit and finally on to Binghamton, New York where I arrived at 1530 Friday. Crossing 8 timezones made Friday a 32 hour day. I don't recommend it.

I didn't expect Mom to still be with us when I got there, as the prognosis was hours, maybe a day. She was still with us, and while she spent most of her time semi conscious, she did recognize me. She stayed with us till around 7:30 pm the 24th. We didn't get to talk, but I did sit with her, along with my dad and wife.

She was diagnosed with kidney cancer eight years ago. After having a kidney removed and receiving radiation and chemotherapy she recovered, and moved with my dad to her hometown of Endicott, NY. She stayed active with family and church and enjoyed being back home. Last year after suffering from chronic back pain she was diagnosed with cancer again, this time type 4 bone cancer. After a successful back surgery to remove the tumor attached to her spine she again receive radiation treatments but elected to forgo the chemo. Her final illness was mercifully short, and she fought it till the very end.