View from Angels One 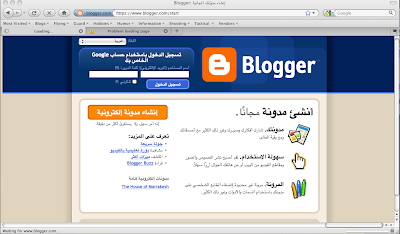 We changed internet providers... It took me a while to figure out how to log into my blog. Stupid geographically aware servers.

***
For reasons known only to the military altitude is referred to as angels for each thousand feet and cherubs for each hundred feet. Flying at 500 feet would be cherubs 5. Angels One is one thousand feet. I guess if we just said it plainly it wouldn't be cool or something. 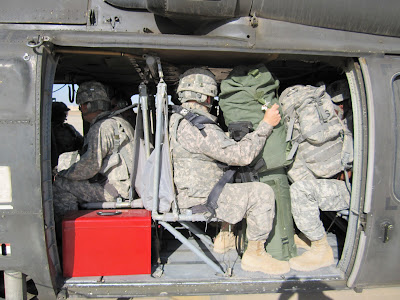 Cabin class in the UH-60

Getting a ride in a Blackhawk can be a lot of fun, but it can also be something of a shock to a newcomer. Being a military transport, our purpose is to get people and cargo from one place to another quickly and safely. Comfort on the other hand, is optional. In a perfect world everyone would bring themselves and one bag of a size that they don't mind putting on their lap for the duration of the flight. Sometimes people will travel with Tuff Bins or duffle bags and schedule those so we expect them and can make room for them. Most times however, they just show up to the helicopter with a full size ruck sack, a duffle bag and a "carry on" bag. Guess where they go? Yep, in the lap. There have been some seriously shoe horned passengers in our birds. 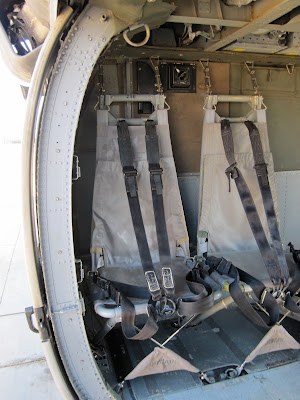 For reasons known only to Sikorsky, more wind blows into the helicopter on the right side than the left. Our pilots swear they're flying in trim, but whatever... the hurricane seat is pretty much like sitting outside in a 150 mph wind. If you've ever seen the films of Col. John Stapp riding the rocket sled with his face flapping in the wind you'll have a pretty good idea of what these guys look like. They don't usually fight to get in that seat again. 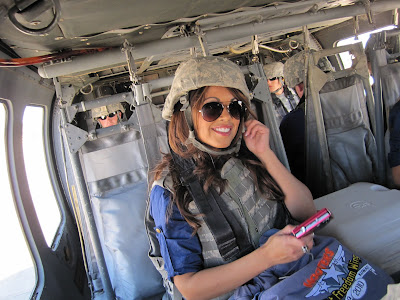 Model on a morale visit. The band member in the hurricane seat behind her moved to another seat the next leg.
Once in a while we get a break though, like last week when the band "Brokedown Cadillac" and several of the Hooters restaurant calender girls paid visits to several of the smaller FOBs in the area. The helicopter smelled nice for a change. 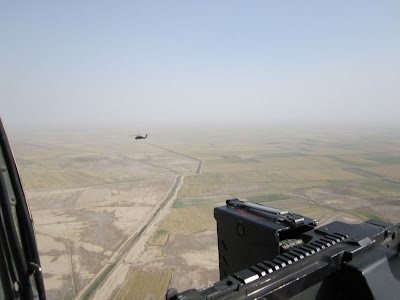 A view from angels one
Flying in the central Iraq region what we see most is irrigation, farming and cattle in the form of sheep. A little further south in the marshlands (bet you didn't know there's a large swamp here) water buffalo seem to be the main livestock, although camels are in evidence in the southern desert.

I see electric light over most of the country, provided by local generators in isolated areas, but by a decent grid in the more populated areas. Flying at night I've only noticed a couple of power outages - the most recent due to a lightning strike taking out a transformer. Pretty impressive when you're wearing night vision goggles, by the way. The local power authority seems to be able to get the lights back on in an hour or so on the average.

The roads are open and while military convoys are still in evidence, commercial and local traffic seems to be most prevalent. On religious holidays you see lots of people congregating around the local mosques.

The kids wave at us when we fly by.

There's quite a bit of building going on, although the signs are a little different than in the states. The brick factories seem to be going all the time, and I can see new houses being laid out in the outskirts of Bagdad.

We didn't provide security for the recent elections here - we supported the Iraqi police and Army in case they needed us. They didn't, and did a fine job on their own. Our MP unit here has been providing backup for the local Iraqi forces who have been running the show on their own.

The Iraqi soldiers here smile and wave at us as well.

Is Iraq going to become a democracy in the sense that Americans experience? I seriously doubt it, but I think the have the tools in place now to be able to deal with the different factions in the country with a minimum of violence. Whether they choose to continue to use these tools will be up to the Iraqi people.
I don't think we (the United States) are in Iraq for oil.
I don't thing we needed to prove Saddam had a chemical weapons program - he had already used them. We knew he had the capability.
I don't think he had the ability to cause us much more trouble than the likes of Khadafi of Libya. After all, when we know your address, you have to be careful how far you twist the dragon's tail.
But Saddam had demonstrated the will and ability to war on his neighbors twice. Eight years worth of the Iranian war and the 1991 invasion of Kuwait.
I suspect removing him from power is the price we had to pay for Arab support as we deal with the Taliban. (My opinion only - reflects no unofficial or official opinions of anyone else...)
Once we did that, we couldn't leave with the country's infrastructure destroyed, we had to stay and help put a system in place to make it possible for Iraq to stand on its own. I think we've succeeded in that, but it will be up to the Iraqis to finish it.
Posted by Pogue at 8:50 PM 1 comment: