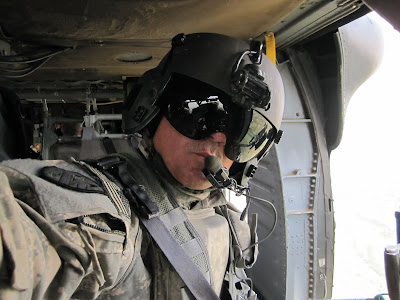 Time has been flying by. Since we arrived at Taji we've been running a full load of missions. This makes for 12 to 14 hour days as the norm, so our weekly reset day is something that we all look forward to. The good news is that the end is now in sight... Next week the unit that is replacing us arrives. Once they get settled in we'll be releasing our missions to them. We've already started packing some of the equipment we don't expect to need anymore. One of the amusing things about flying around Iraq is that as desolate as most of it looks, the soccer fields are going to be well kept. This particular field is in Ramadi. For the historically minded back in April of 2004 a soccer game at this field turned into a firefight. The was in the operating area for the Marines at the time, and Ramadi became a well known name in the media. 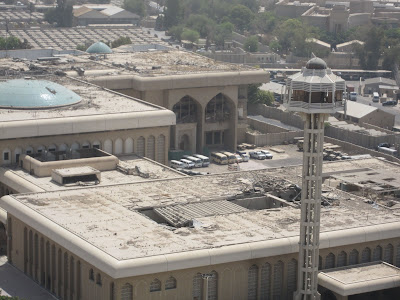 In downtown Baghdad this tower is one of the landmarks for navigation. The bombed out building behind it used to be a Baath Party building. 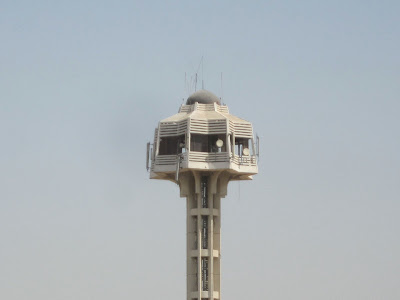 If you look at the right side of the tower you can see a noose hanging from it. (You may need to click on the picture to get a better view.) It seems the Baath party officials enjoyed hanging dissenters from the tower as something of a public message. Someone made the decision to leave the noose there as a reminder of what's not happening in Iraq these days. 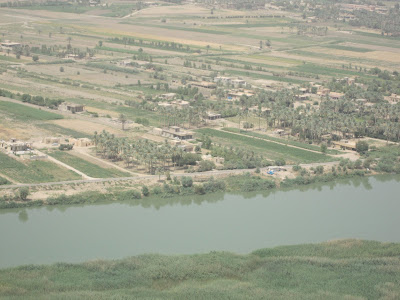 This is the Euphrates River in the Anbar Province. They make good use of irrigation these days, you can see the date palms that are one of the local cash crops. The only thing that surprises me is that both the Euphrates and Tigres rivers are much smaller that I expected. I thought they would be on par with the Mississippi given their historical significance. 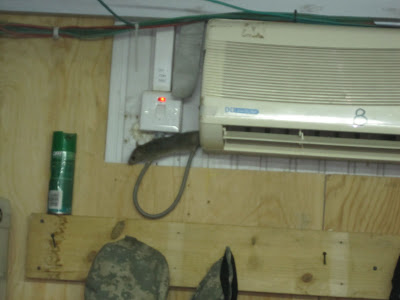 This is Willard the rat. He introduced himself by chewing into a bag of coffee when we first arrived, and proved difficult to catch. We found he was getting in our shop through the electrical penetration for the air conditioner. Here he was caught on camera scoping out a loaf of bread. It turns out the a rat trap baited with peanut butter was too much temptation for him. Willard is, alas, no more... Finally, on occasion we still climb up where it's nice and cool. Here the altimeter shows 10,000 feet, which is actually pretty high for a helicopter. Now that the days are beginning to get shorter we don't need to climb so high.
Posted by Pogue at 3:10 AM 1 comment: